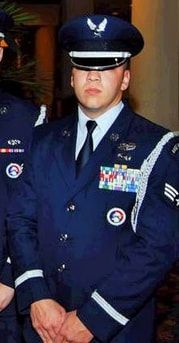 ​My name is Justin “Wardog” McCarty and I’m a United States Combat Veteran.  I joined the Air Force straight out of high school in the fall of 2000.  I was assigned a position in the intelligence community upon my BMT graduation.  I was stationed at an overseas Intel facility where I conducted various forms of monitoring, collection, and analysis.

Soon after the events of 9/11 unfolded, the deployment rate increased significantly forcing some troops to take back to back deployments, myself included.  I left my wife and 8 month son behind and deployed to multiple theaters of operations in and around, but not limited to, Iraq, Afghanistan, Qatar, and the Horn of Africa.   In addition to my Intel role, I also facilitated any requested ad-hoc requirements by the Forward Operating Base (FOB) Commanders, such as combat medic, convoy vehicle operator, and even as a translator. I performed my duties as though my life depended on it, and on the men fighting by my side.  Complete strangers who after only months together, became as close and important to me as family.  It was my greatest honor to have served beside such warriors, one lifting up another in an unbreakable chain of brotherhood.  A truly awe inspiring experience in my life.

Upon completion of my latest tour in 2007, I was awarded the Army Commendation Medal, and Army Combat Action Badge from the 82nd CAB, as well as the Air Force Combat Action Medal from my home unit for the culmination of my efforts in country.

I was sent home to my stateside duty station now in Florida and received a hero’s welcome from all my friends in the Squadron, my Commanding Officers, and best of all, my wife and son.  I soon found myself walking along the white sand beaches of the Gulf Coast, when only a few days prior, it was the bombed out donkey trails of an Afghan mountain. 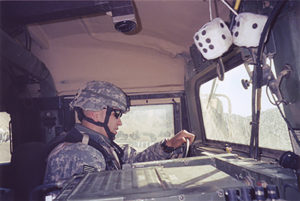 ​visual surroundings had changed, but my mindset had not.  Sleep was not an option, and there was no such thing as “no longer on watch.”  Back then, terms like PTSD and TBI were much less understood from the GI’s perspective, I didn’t know or understand what I was dealing with, it actually felt normal, and I thought everyone else had the problem.  My career began to suffer as I racked up the disciplinary actions that I had never previously been associated with.  That’s when my wife asked me to make an appointment with base mental health.

Justin M inside hummerAfter a year of treatment, and sampling every pharmaceutical under the sun I was diagnosed with Chronic PTSD and TBI, deemed no longer worldwide qualified, and given a Non-voluntary Honorable Discharge.  I was sent back to California’s Central Valley and began trying to figure out what I was supposed to do now.  Overwhelmed with my symptoms and new surroundings, I continued to spiral downward landing myself in the Defendant’s chair on more than one occasion.  Through it all, the one true constant was the care and compassion I got from my wife and son.  Their relentlessly unconditional love and support inspired me to do better for them, so I would just recluse into my own little dark hole and not engage the rest of the world.  I thought this was a good solution, but again, I was wrong. 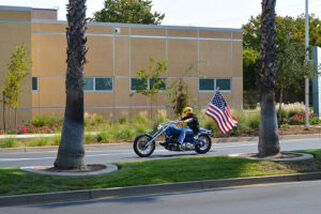 ​One day I saw a picture of my Army Ranger buddy who I used to ride motorcycles with back in Florida, he had a vest with this patch on it that said Combat Vets.  I thought since I’m a combat vet, maybe I should see what this is.  That’s when I met the CVMA Stockton Chapter 33-2.  They really helped me come back out into the world.  They showed me Justin M bike & flaghow to channel the frustrations of dealing with my own problems by helping other vets with theirs.  They taught me the meaning of two wheeled therapy.  With this new training I made the CVMA mission my own and starting doing whatever I could whenever I could for the other veterans like me who were still learning some of those tough lessons.  I thought helping all these other vets was my new way of avoiding my own problems, when in reality I was learning how to better handle them.

To this day I’m still helping vets in my community, I maintain a close relationship with my two wheeled therapist, Dr. V-twin, and I’m still learning how to reintegrate back into a world after combat.  I have a much deeper sense of appreciation for my fellow veterans, and I’m working on trying not to waste the life and opportunities afforded to me by the sacrifice of so many others. If you ever see me out there, feel free to say,  “What Up Wardog!” 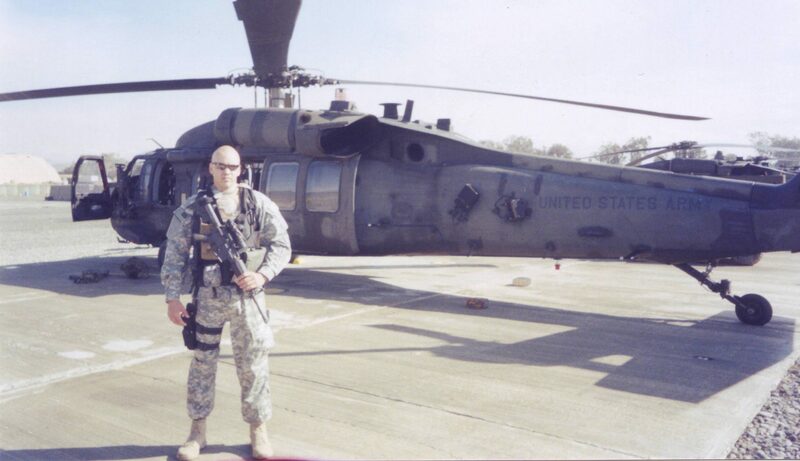 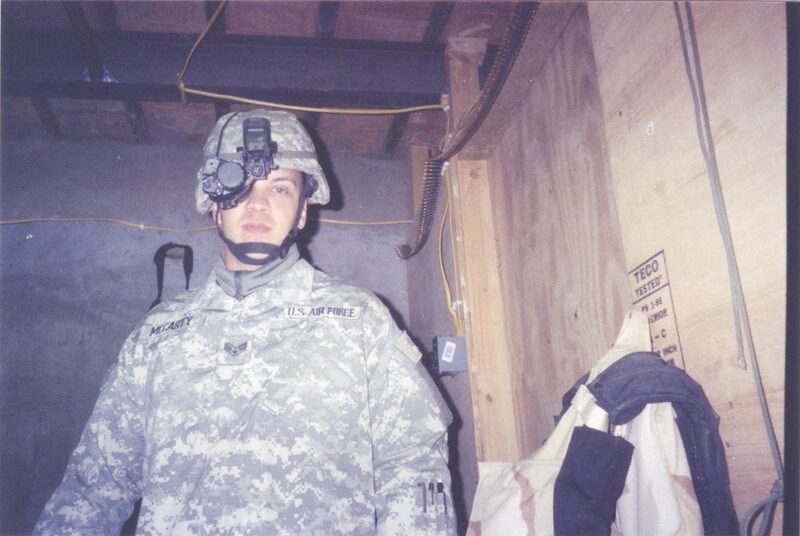 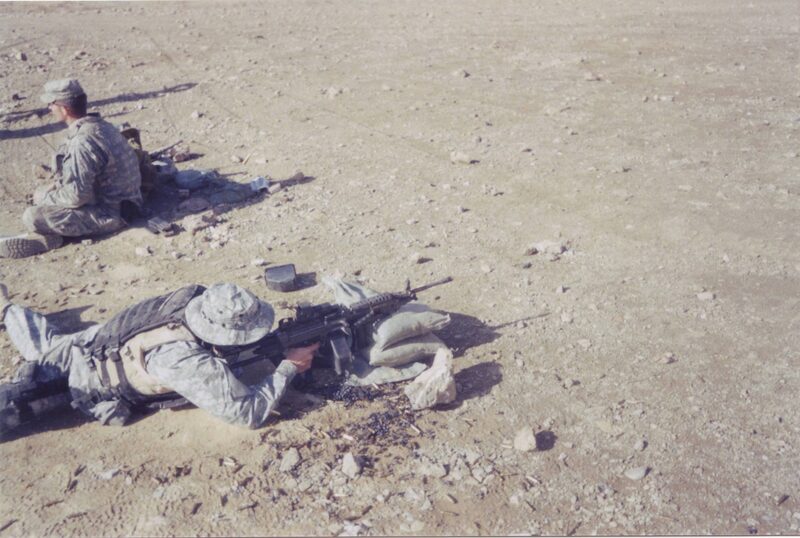 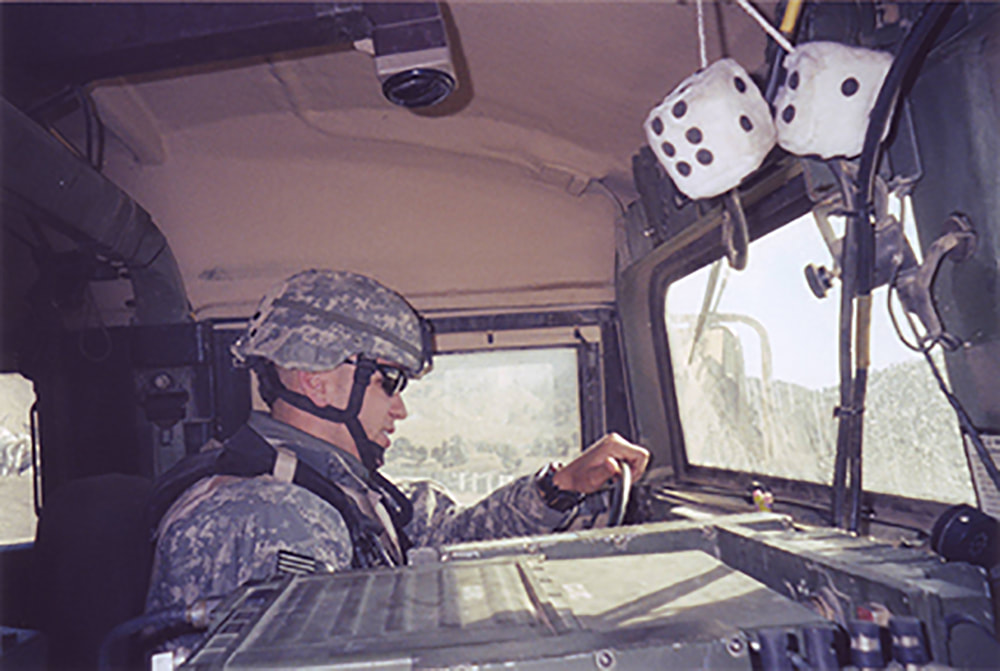 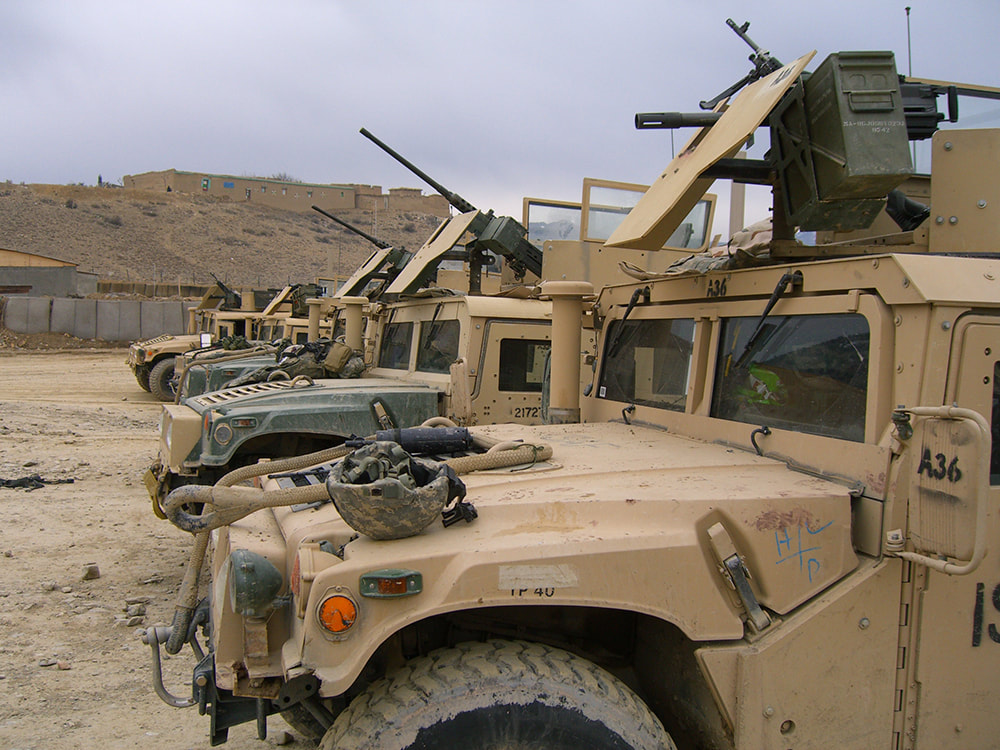 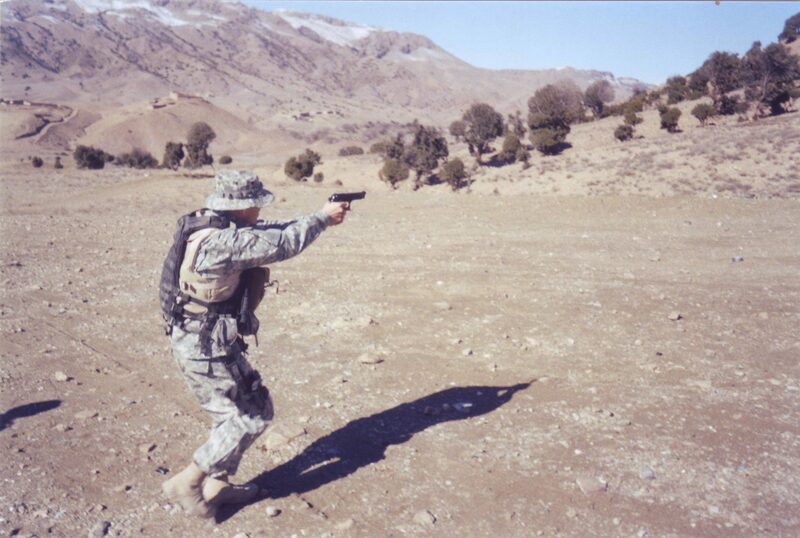 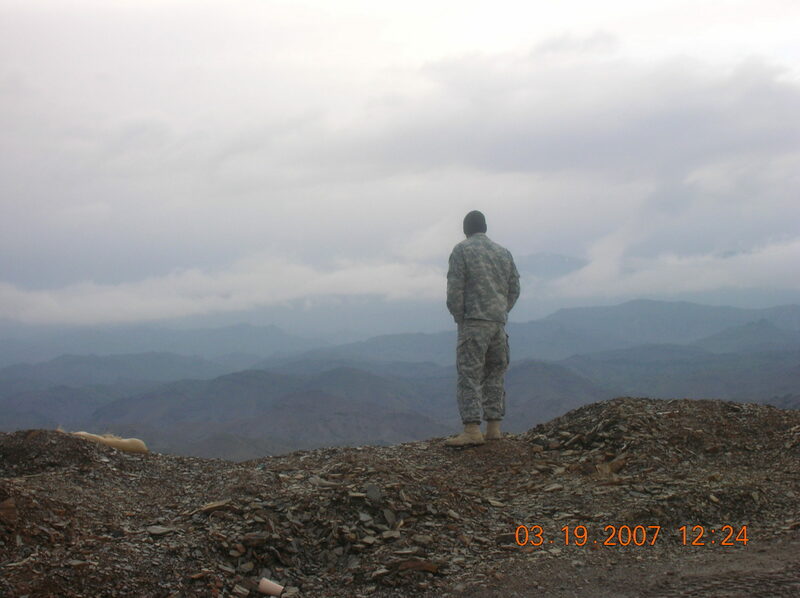 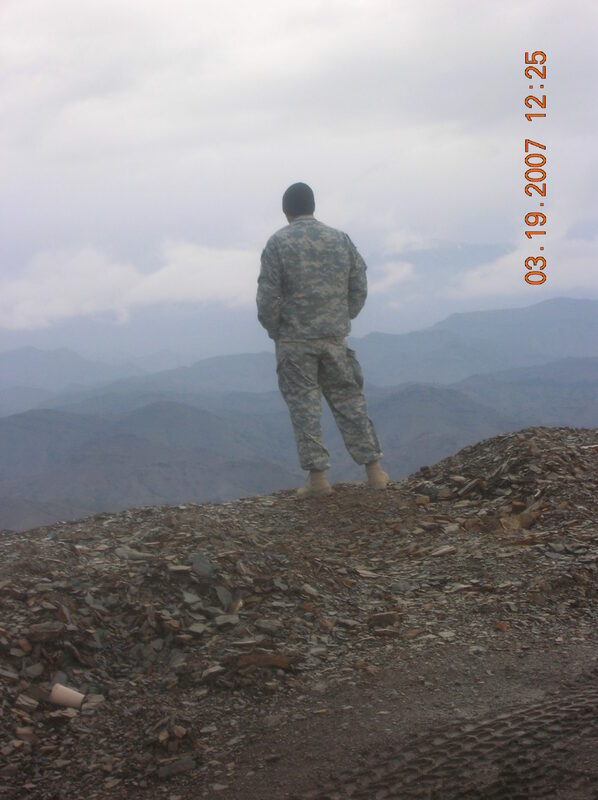 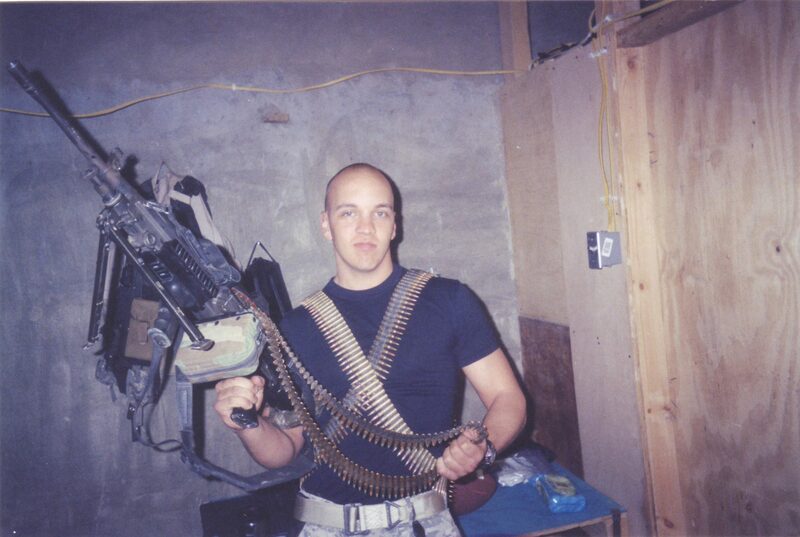 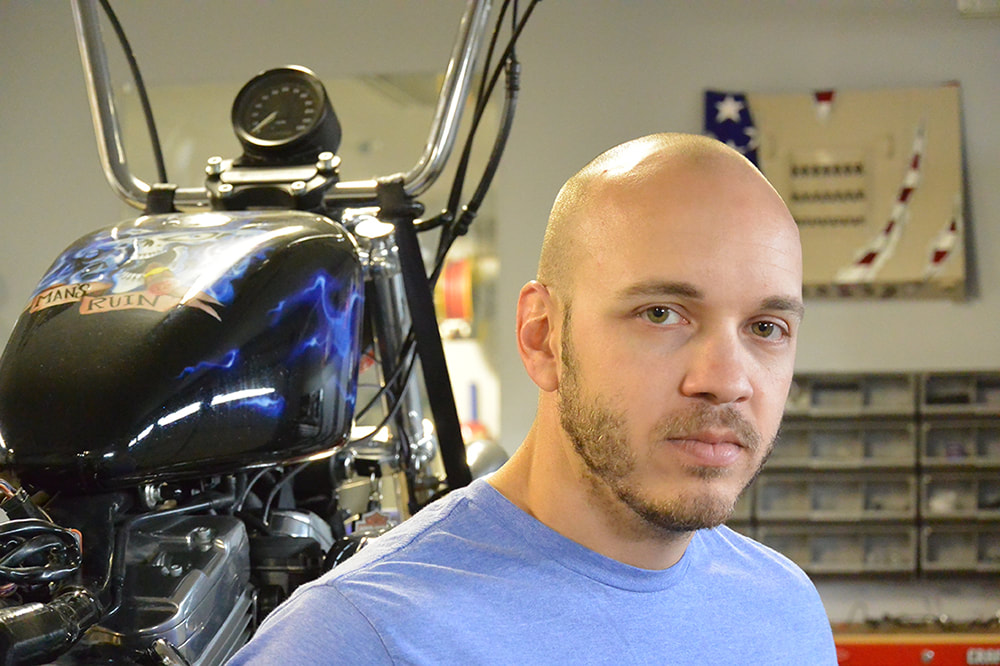