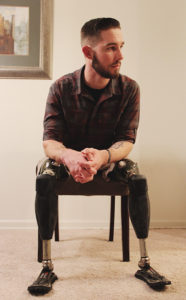 ​Jed was born in Santa Barbara, CA in 1990. Shortly after his birth his parents, both missionaries, moved the family to Guatemala where Jed and his younger brother grew up.

The family returned to the U.S. where Jed attended high school and graduated in 2008. Jed enjoyed language and the arts and wanted to further his education. Unable to afford to college, Jed looked at all the branches of military services, but his heart had always been with joining those with the best training, the hardest work, and the most compelling spirit –the USMC. In 2009, Jed made the decision to join the Marines. 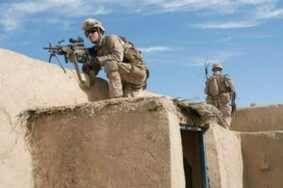 ​Jed was a SAW (Squad Automatic Weapon) gunner. In 2012, while on a daily foot patrol in Afghanistan his unit stopped on a hilltop for a short rest. While settling into a defensive position, Jed brushed the pressure plate of an Improvised Explosive Device (IED), which exploded.

Jed recalled, “Suddenly, there was a flash of blinding light and I found myself on my back with several Marines already coming to my aid. My buddies were there even before the Corpsman got to me, putting tourniquets on as they rushed to stop the bleeding. While we waited at the LZ for the helicopter to arrive, my buddies gathered around me to make sure all sources of bleeding had stopped. They were, it seemed, more upset than I was. Several were weeping and were so distraught that I found that I was the one who had to help them settle down.”

Jed lost both legs and knees and the use of his right hand.